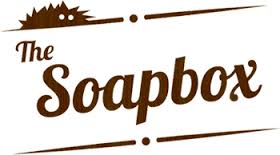 Anyone that knows me personally knows that I have a slight, if not significant dispute with God.

Look, I have rules. The two things I don’t talk about ever on Social Media:

Because honestly to whatever, whomever, you do or don’t believe in… I seriously don’t care. If I care about you personally, I will do whatever I can, whenever I can, if you need me I will be there to help you in any way I can.

Congratulations, you’ve got everyone talking about you. Good for you A&E!

I’m sure the hillbilly’s have never blown anything except a duck call device.

So I suppose I’ll break one of my own rules. Look, my parents paid a lot of money for me to go to catholic school, and I AM PAYING A LOT OF MONEY FOR MY SON TO GO TO CATHOLIC SCHOOL. That, by the way, does not mean that I agree with all of people that call themselves “Catholics” or “Christians” or whatever the hell they like to call themselves these days. It’s been my experience that all the heavy handed “God Squaders” (as I like to call them) are the biggest sinners. They’ll look you in the face and stab you in the back; unfortunately I’ve experienced this first hand.

Have you ever heard the expression “people that live in glass houses shouldn’t throw stones?” While you’re preachin – you might start thinking about practicing what you’re actually preaching.

So why don’t you (that would be all of you barking up this tree)  just shut up?

Correct me if I’m wrong, but shouldn’t the idea be to LOVE?

It’s easy if you try.

I think someone wrote a song about that once…..